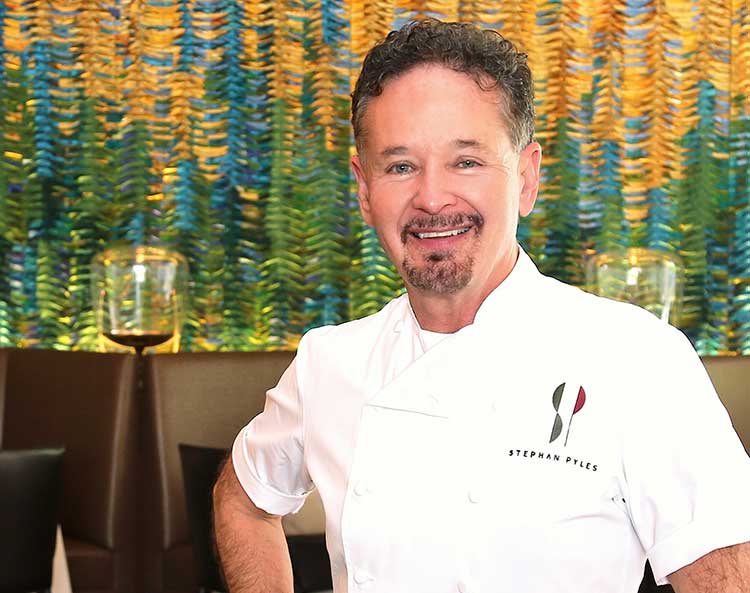 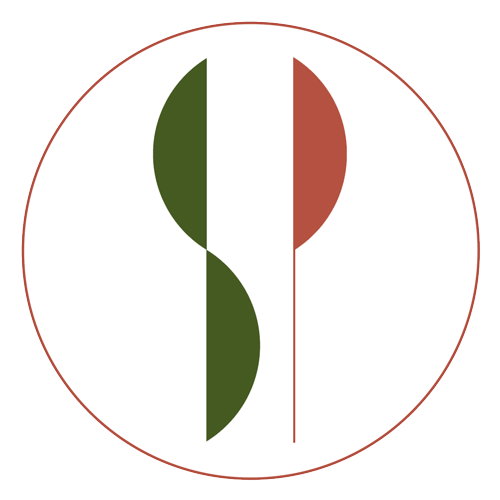 Pyles was first introduced to the restaurant industry at an early age, bussing tables and chopping vegetables at his family’s Truck Stop Café in Big Spring, Texas. After studying music at Texas A & M University, his music career was sidetracked by a life-changing trip to France where he experienced haute cuisine for the first time. A few years later, his big break came when he was invited to The Great Chefs of France Cooking School at the Mondavi Winery, where he served as Chef’s Assistant and worked with Michelin 3-star chefs of the day such as Michel Guerard, Jean and Pierre Troigros, Alain Chapel, Paul Bocuse and Gaston LeNotre. There he met and worked closely with Julia Child and continued a warm friendship with her until her death.

Pyles was the first person in the Southwest to win a James Beard Award for Best Chef and was the first Texan inducted into The Beard Foundation’s Who’s Who of Food and Wine in America. In addition to his wins, Chef Pyles has been nominated another 12 times by the Beard Foundation for Outstanding Chef in America and has had 6 restaurants that were finalists for Best New Restaurant in America. He has cooked for dignitaries and celebrities world-wide including 6 American presidents, 7 First Ladies, Mikhail Gorbachev, and Her Majesty, Queen Elizabeth ll. He has been named Chef of the Year by the Dallas Morning News, D Magazine, the Dallas Observer and the Dallas Voice.

Bon Appetite magazine has credited Pyles with “almost single-handedly changing the cooking scene in Texas” while the New York Times called him “an absolute genius in the kitchen”. Chef Pyles was named Esquire Magazine’s Chef of the Year, and Texas Monthly once named him one of the 20 most influential Texans of the year. He has authored four highly successful cookbooks and hosted two seasons of the Emmy-award winning PBS series New Tastes from Texas. In 2017, he was only the 10th chef be inducted into Nation’s Restaurant News’ Menu Masters Hall of Fame, joining the ranks of Wolfgang Puck, Paul Prudhomme, Jeremiah Tower, Daniel Boulud, and Jose Andres.

Chef Pyles was a cuisine consultant to American Airlines for 22 years and has consulted for the Dallas Museum of Art and a variety of hotels such as Hotel Zaza, The Gaylord Texan, The Omni, Hotel Eilan and Delta Marriott. In addition, Pyles has consulted on the food and beverage programs for Corporate Campuses including Verizon Wireless in Basking Ridge, New Jersey and Deloitte University in Grapevine, Texas. He has also licensed his name and develops menus for 2 airport operations in Dallas. He is currently Chief Culinary Advisor for Ventana by Buckner, a luxury senior living community in Dallas, and is engaged with 3 restaurants that carry his name there.

In January of 2020, Chef Pyles transitioned from restaurant ownership and operations to consulting, License Agreements and organizing culinary tours around the world.

Pyles says, “I have had an incredible four-decade run in this beautiful city and have seen many dynamic changes over that time. I now will focus on hospitality consulting, my license agreements and my culinary travels with David Morris International. This will also give me the opportunity, finally, to write my memoirs, documenting my experiences in serving the city’s famous and infamous, as well as cooking for the likes of Queen Elizabeth ll, Mick Jagger, Madonna, and of course a host of American Presidents and First Ladies. I will also share some very colorful stories from my world travels over the past 35 years. As well, I will critique the many food critics I have encountered over my long career.”

A tireless philanthropist, Pyles is a founding board member of Share Our Strength, America’s largest hunger relief organization and is a recipient of the organization’s Humanitarian of the Year Award for his work with their No Kid Hungry Campaign. He is a life board member of the North Texas Food Bank and has served on the board of Goodwill Industries and The Art Institute. He co-founded The Hunger Link, Dallas’ perishable food program that acts as a conduit between restaurants and hotels and ministries and soup kitchens. Through his Stephan Pyles Culinary Scholarship, he has awarded $250,000 to culinary students in Texas. 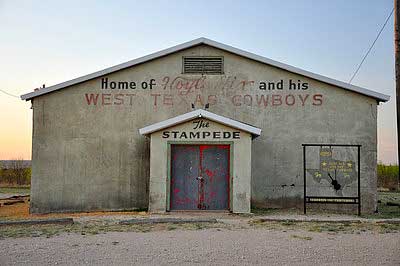 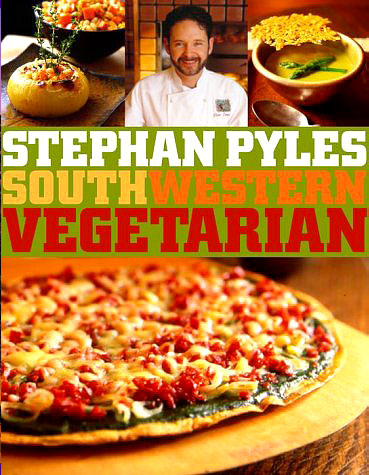 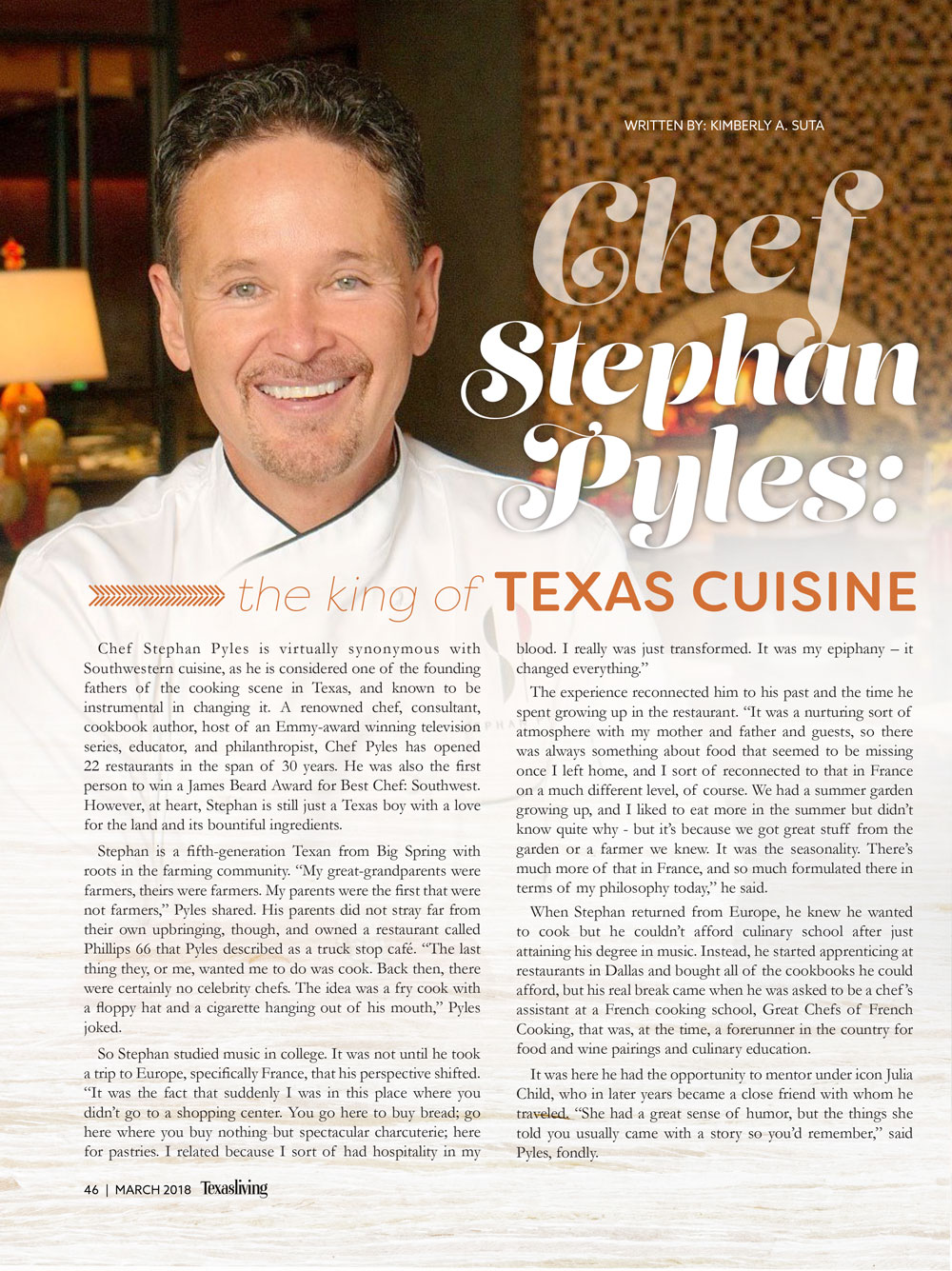 A History of Unique and Successful Restaurants

During his 32 years in the industry, Chef Pyles has created 23 restaurants in 6 cities including:

Earning a 5-Star rating from the Dallas Morning News, and dozens of other awards, Flora Street Café featured Elevated Texas Cuisine with Texas ingredients and modern techniques in an intimate, modern setting.

Stephan Pyles namesake restaurant weaved the best of food, art, and design into a subtle global tapestry of tastes, aromas, and flavors from Texas, South America, Spain, the Middle East, and the Mediterranean.

San Salvaje means wild saint, and the restaurant celebrated the union of Pagan indigenous culture and revered Saints in Latin America, showcasing foods from Central and South America, Cuba and the Caribbean, with modern Texas twists.

Samar earned four stars in the Dallas Morning News, and it was arguably one of Stephan Pyles’ most exciting restaurants. The menu gathered flavors from India to the Middle East, brought them together and made them sing.

During its run, Routh Street Cafe was on most lists for the top 25 restaurants in America. At one point, Courvoisier’s Book of the Best named it the United States’ fifth-best restaurant.

Star Canyon was dubbed the “quintessential Dallas restaurant” by Food & Wine. In 1998 it was sold to a major restaurant group that opened spinoffs in Austin and Las Vegas.

Alobal seafood restaurant where the bar area was referred to as FishBowl and featured Asian fusion and fruity drinks.

A more laid-back spinoff of Routh Street Cafe with super-modern all-white decor, Baby Routh started the quality casual restaurant trend in Dallas, and a young Bobby Flay once worked there under Chef Pyles.

Sustenio’s modern Texas cuisine was consistently lauded, earning it a spot on the Express-News’ “Top 100 Dining & Drinks” guide as one of the city’s best restaurants for three years.

The first Taqueria Cañonita was forged in Las Vegas in the billion-dollar-plus Venetian Resort, and offered Mexico City soul food with habit forming flavors in a rustically cozy atmosphere.

Chef Pyles offers consulting services on a range of topics from Restaurant Development to Brand Strategy to Menu Development. Please provide your Email/phone number and Chef Pyles will get in touch with you as soon as possible. 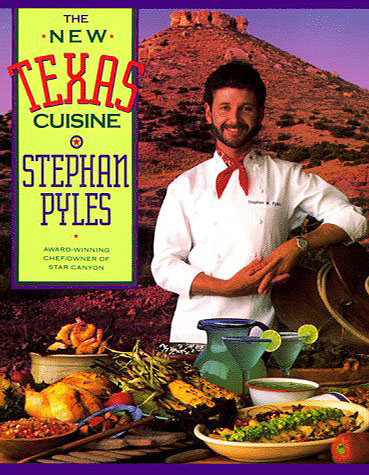 There’s more to Lone Star cooking than Tex-Mex and BBQ, and in this wide-ranging book, the award-winning chef of Dallas’s Routh Street Cafe and the founding father of Southwestern cuisine presents 150 eclectic, sophisticated Texas recipes. 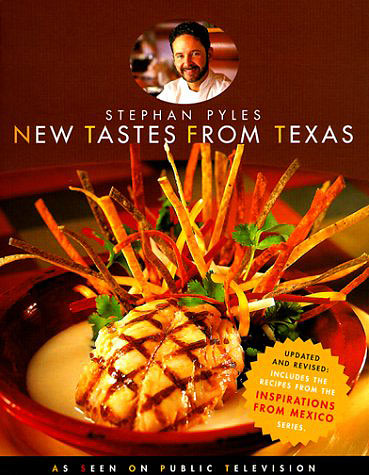 A companion to Stephan’s new public television series of the same name.  This glorious, lushly illustrated collection of recipes takes readers on a culinary tour of the great state, from the Gulf Coast to the wide west, from the bayou to the border.

A bold new take on two of the country’s most popular culinary styles — the regional specialties of the American Southwest and the natural splendor of vegetarian cooking and every chapter features Stephan’s special brand of innovation. 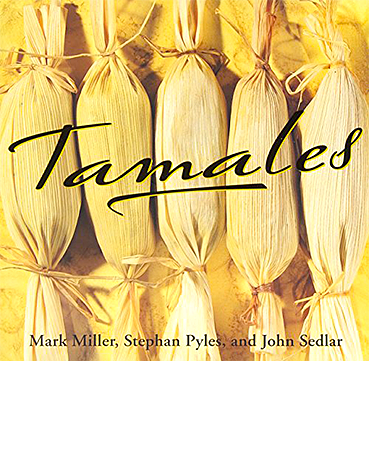 Tamales are quickly becoming one of America’s favorite wrapped foods. It’s no wonder: they welcome any flavoring and suit every occasion. After tasting these outstanding recipes, you’ll realize it’s true that good things come in small packages.