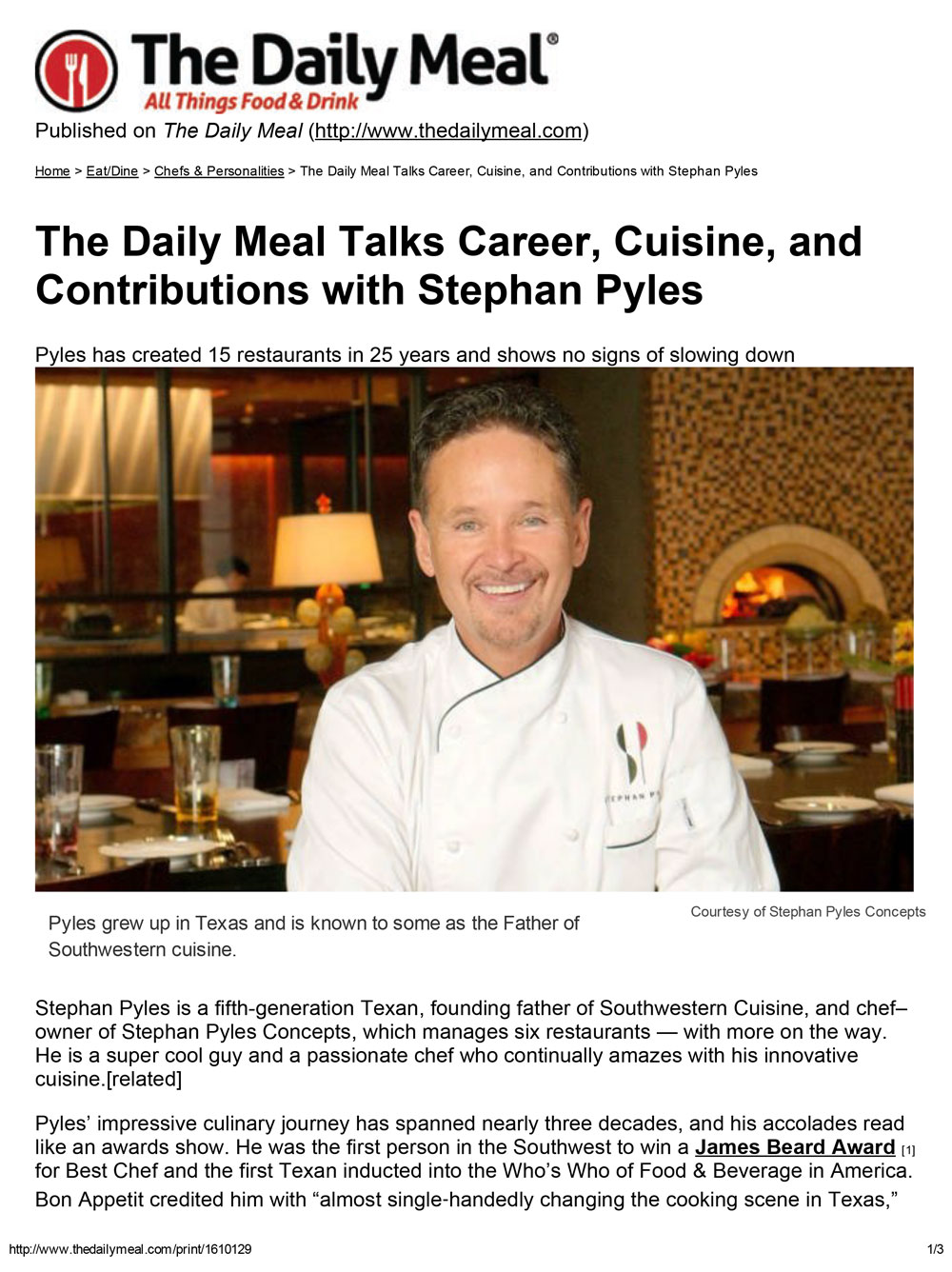 Stephan Pyles is a fifth-generation Texan, founding father of Southwestern Cuisine, and chef–owner of Stephan Pyles Concepts, which manages six restaurants — with more on the way. He is a super cool guy and a passionate chef who continually amazes with his innovative cuisine.

Pyles’ impressive culinary journey has spanned nearly three decades, and his accolades read like an awards show. He was the first person in the Southwest to win a James Beard Award for Best Chef and the first Texan inducted into the Who’s Who of Food & Beverage in America. Bon Appetit credited him with “almost single‐handedly changing the cooking scene in Texas,” while The New York Times called Pyles “an absolute genius in the kitchen.” Esquire named Pyles Chef of the Year in 2006 and included his eponymous restaurant, Stephan Pyles, in its list of Best New Restaurants. Texas Monthly named Pyles one of the “20 most impressive, intriguing, and influential Texans.” Stampede 66 was on Esquire’s 2013 list of top 20 new restaurants in the country, and Pyles was named 2014 Restaurateur of the Year by the Dallas Morning News. Both the chef and his Latin restaurant, San Salvaje, were nominated for the 2015 James Beard Awards for Outstanding Chef and Best New Restaurant, respectively.

I recently had the privilege to dine at all three of Stephan’s Dallas restaurants and chat with him about his career, cuisine, and charitable contributions…