Stampede 66 has been open for about two months now, and has really developed a bustling energy. I’m frequently told that this is the place to bring out-of town guests.

Under the big sky

My initial intent was to give diners a sampling of Texas foods cut from a broad cloth. In retrospect, I have come to realize the menu is perhaps too broad and tries to encompass too much. Streamlining the menu a bit will help the kitchen focus more intently on each of the items that remain.

Additionally, some guests have commented that they would like to see a designation between appetizers and main courses, rather than the sharing concept I originally envisioned.  I have had requests to add a steak or two to the menu as well. I want Stampede 66 to offer something for everyone, so I am listening attentively.

Finally, I have given our desserts a bit of an overhaul. In the beginning, I was trying to reflect the sampling of desserts in my family’s truck stop café, for which the restaurant is named (Phillips’s 66). My mother made the pies, cakes and occasional cobbler when peaches were in season.  To keep with tradition, I’ve added a dynamite banana bread pudding, a coconut layer cake and my grandmother’s warm apple spice cake that was on the menu of my first restaurant, Routh Street Café.

I’ve attached the current menu from Stampede 66 for you to peruse. 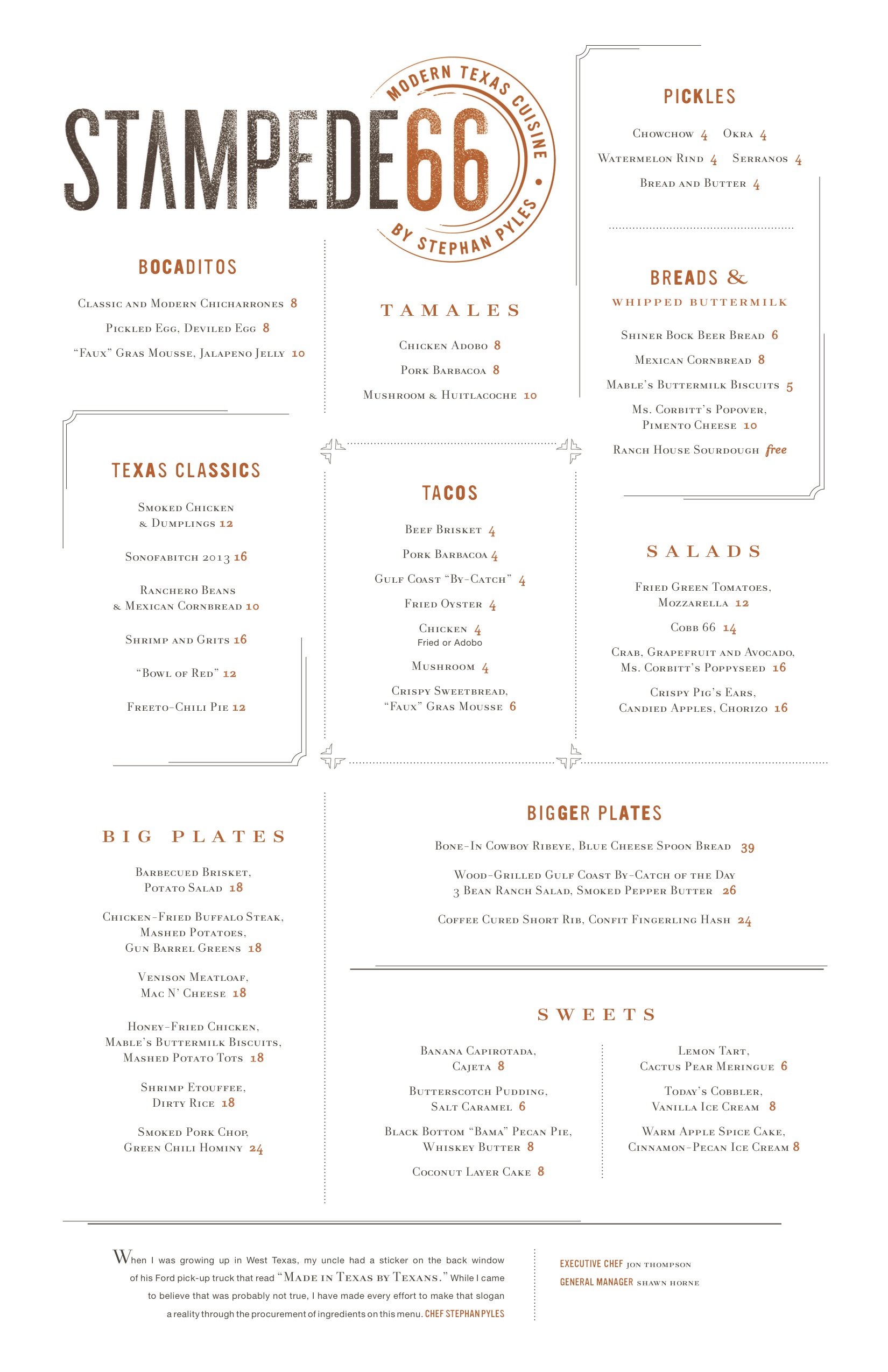