Much has happened since my last post so I’ll try to catch everyone up on the quick-paced last few weeks. I just returned from Monterey and Carmel where I served on a “Blue Ribbon Task Force” for Seafood Watch, a program from the Monterey Bay Aquarium that promotes seafood sustainability. One of the most refreshing things about the trip was the 50 degree variance in temperatures from Monterey and Dallas. Extremely refreshing! 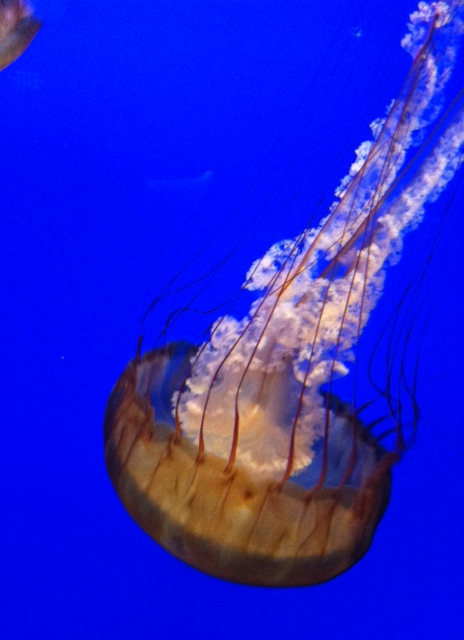 The previous weekend, I was in LA for Los Angeles Food and Wine. We did our first of two events at the Fairmount Miramar in Santa Monica. Execuchefs Kyle Barham (Stephan Pyles) and Jon Thompson (Samar) were joined by the 2012 Stephan Pyles Culinary Scholarship winner, Gabe Erales, who did a remarkable job and is on his way to greatness (I predict!). 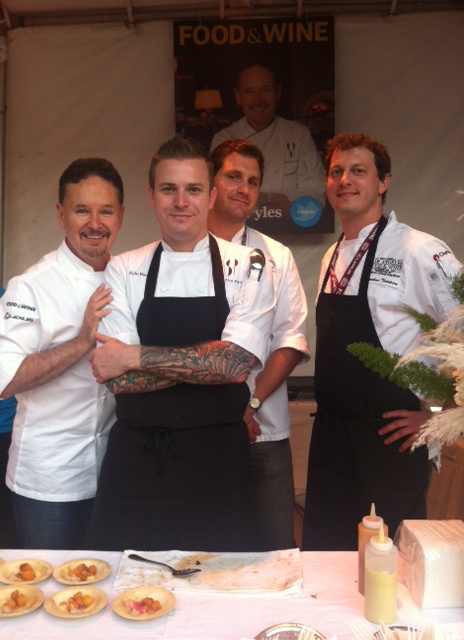 Originally, our dish for this night was to be “Crispy Pork Jowls with Foie Gras Mousse and Mustard Compressed Peaches”. I had forgotten, however, that we were in California where marijuana is (practically) legal and foie gras is, well, not! So the new dish became “Crispy Pork Jowls with “Faux Gras” Mousse and Mustard compressed Peaches”. Let’s just say the guests got a bit of a contraband delicacy they were not expecting. Wink, wink, foie gras police. 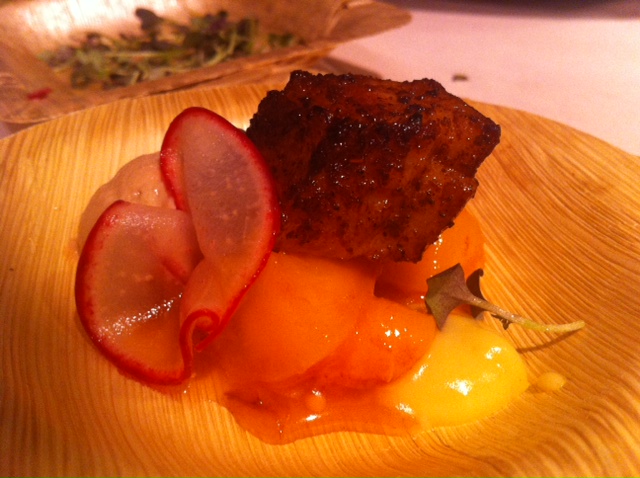 Saturday afternoon, we were among 16 or so chefs who prepared tastings at LA Live. Our dish, was a big hit this day as well. 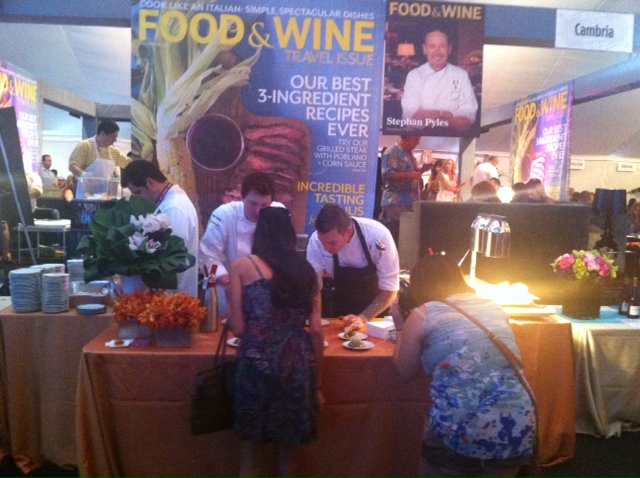 The highlight of my several meals while I was in LA was at Red Medicine, where the kitchen is led by a brilliant young American chef named Jordan Kahn. His food is truly inspired and dinner here was my best of the year. The heirloom rice porridge, which was blended table-side with egg yolk, pistachios and red uni was worth the trip to LA. It reminded me of an enticing and heady dish I’ve had several times in Spain – Bomba rice with foie gras, egg and Manchego, but this version was so good it was addictive.

I also ate at Son of a Gun, the new(ish) restaurant by the folks who brought you Animal. Let’s just say I like Animal better.

Week before last, I went to Mexico City for four days where I 1) located an electric nixtamal grinder, 2) purchased 2 tortilla machines – one manual and 1 electric, and  3) ate my weight in tacos and chile-infused dishes of every variety. My good friend and chef from Zihuatenejo, Edgar Navarro, was the most able and experienced tour guide I have ever had. The first place he took us was to meet the brilliant mother and daughter team of Maria Teresa Ramirez Degollado & Carmen “Titita” Ramírez. Maria Teresa is one of the top pastry chefs in Mexico and has a bakery called Sal y Dulce Artensanos that is both cozy and modern. I found out that she worked at my friend Jeremiah Tower’s Stars restaurant in San Francisco in the 1990s under star pastry chef Emily Luchetti. Her desserts were beautifully balanced and she’s on a personal mission to wean Mexico off its sugar dependency.

Titita Ramirez is an internationally recognized expert on Mexican cuisine and runs the popular and iconic El Bajio in the Obroro Popular district.

The marketplaces, as always, were a great sense of inspiration. I have as often been moved by a single new taste sensation or simply perfect ingredient as I have been by the most spectacularly creative dishes in world-renown restaurants.

A vibrant array of Piquant Salsas

As I tweeted to my followers while I was there, I am determined to bring fresh huitlacoche to Dallas again. Fifteen years ago, I had a source for it and used it regularly on my menus. Gabe, my scholarship recipient, says his chef at La Condesa in Austin uses it so maybe I won’t have to bring it directly from Mexico. Florida and California seem to be the sources but neither with year-round regularity.

Fresh Huitlacoche – the Truffle of Mexico (or my favorite moniker, Corn Smut)

One of my longest and most endearing friendships is with Patricia Quintana, the “Queen of Mexican Cuisine” and her Izote restaurant is still one of the very best in all of Mexico. 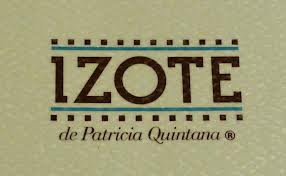 My favorite dish that evening was a simple but highly flavored avocado tartar with crispy maguey worms (and yes, they were delicious). 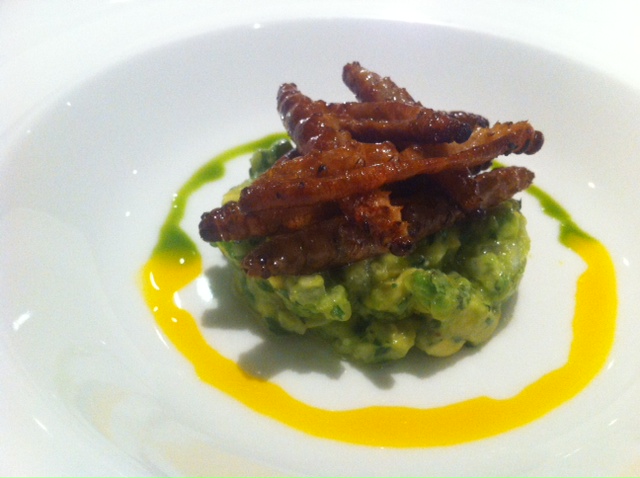 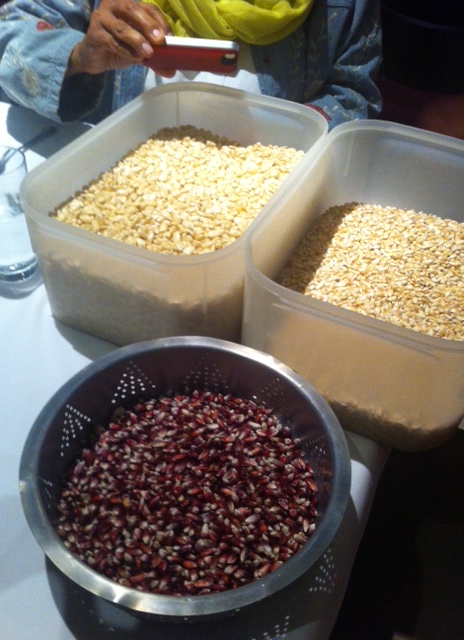 Nixtamal is an Aztec word used to describe corn that has been partially cooked and soaked with calcium hydroxide, otherwise referred to as cal or lime. We used “Cal Viva”, a limestone rock that actually made the water bubble and boil simply by combining the two ingredients. The process of nixtamalization was first developed in Mesoamerica where maize was originally cultivated. To my knowledge, there is no precise date for when the technology was developed, but the earliest evidence of nixtamalization is found in Guatemala’s southern coast, with equipment dating from 1200-1500 BC. 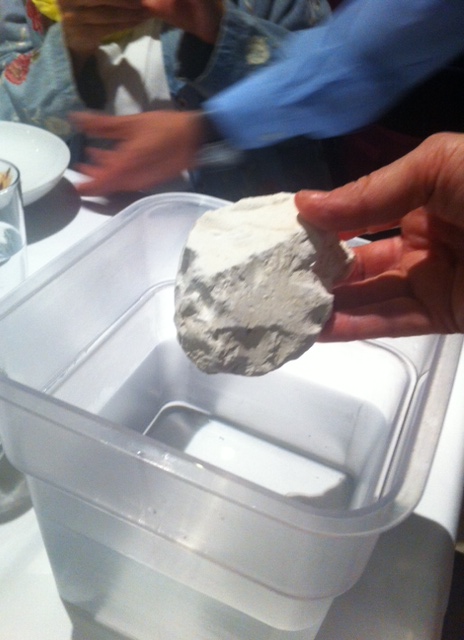 For Sunday brunch, Chef Patricia took us to the almost overwhelming but joyous and festive Arroyo. Its vast rooms seat more than 2,200 avid diners and it houses its own bull fighting ring. I’ve been going to Arroyo for 20 years now and it never ceases to amaze me. The aromas, sights, sounds and flavors are almost enough to overload the senses at times and there is simply no other place in (or outside) Mexico that feels quite like this. 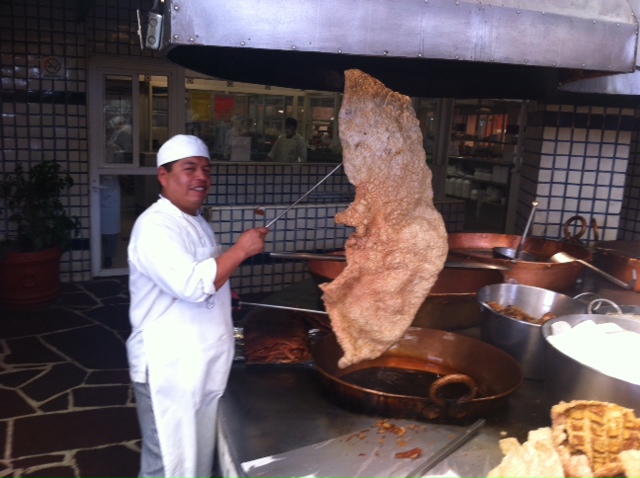 In my next post, I’ll share my experiences at three more influential and trend-setting restaurants while in Mexico: Quintonil and Pujol in Mexico City and Amaranta in Toluca.

Oh yeah, I almost forgot. Stampede 66 is moving ahead at a very quick pace. 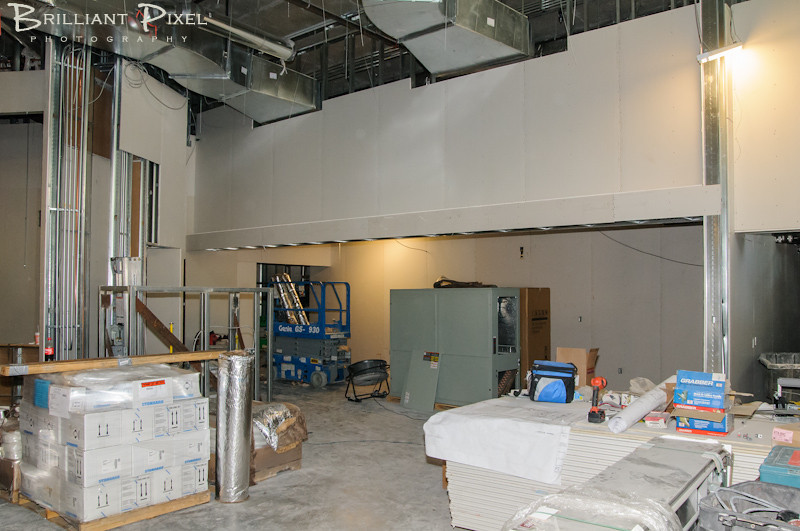 Iron-Sculpted Horses bursting through the Wall