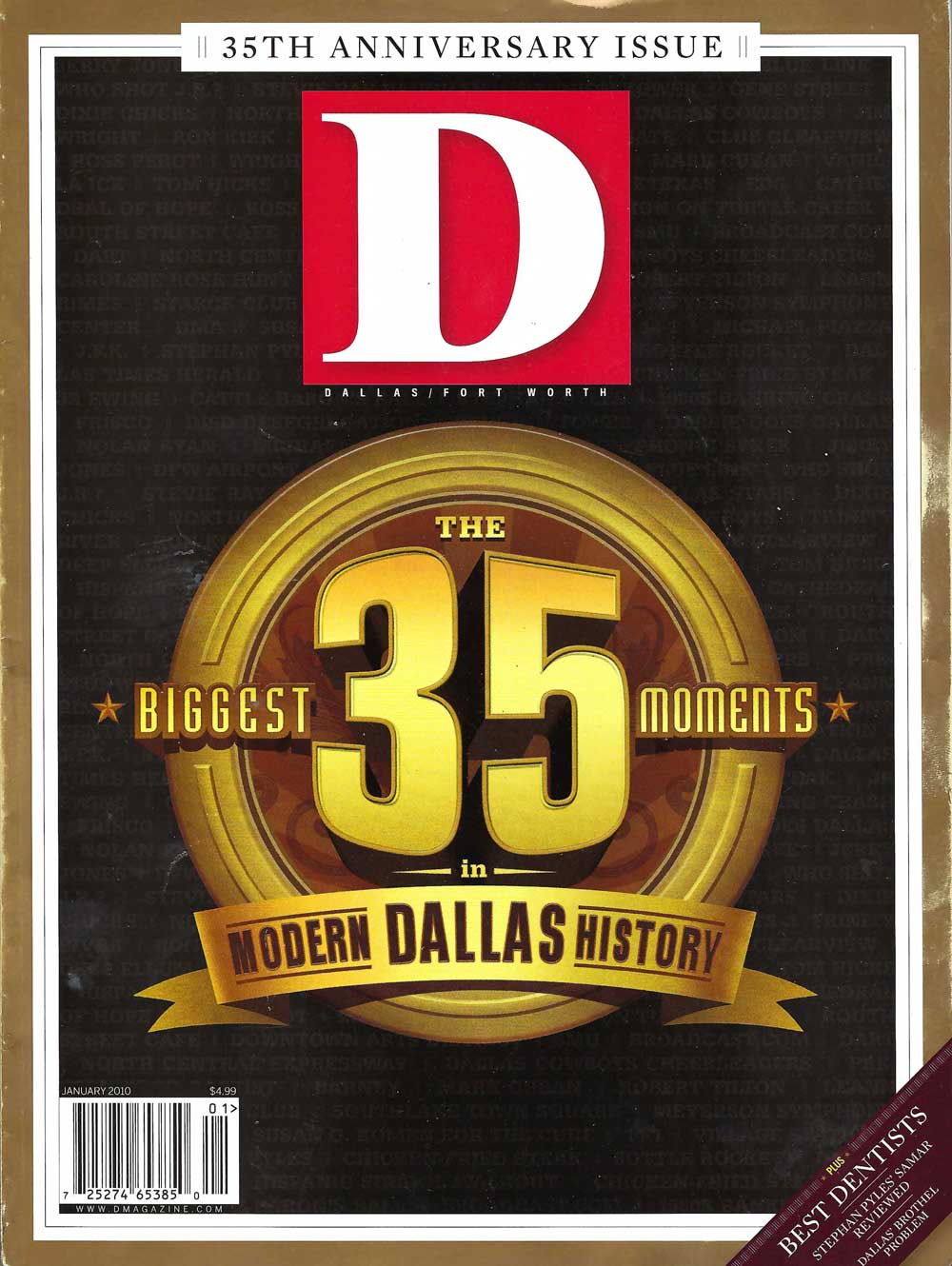 Who knows what would have happened to the Dallas culinary scene if Stephan Pyles had taken a postcollege adventure trip to Cancún instead of France. Thankfully, after studying music at East Texas State University, he headed to Paris, where he was infected by the spirit of French cuisine. He returned to Dallas and was chef at the Bronx, still a popular spot on Oak Lawn. But his travels continued and the influences of the great culinary minds of the ’70s and ’80s—Alice Waters, Julia Child, Paul Bocuse—fueled his passion. On November 27, 1983, Pyles rocked the Dallas dining scene by opening Routh Street Cafe, home to a new and exciting culinary trend sweeping the nation—New American cuisine, which eventually morphed into Southwestern cuisine. At a time when most folks were happy eating steak, Pyles soon had the same diners swooning over catfish mousse with crayfish sauce. A gastronomic miracle.