Stephan Pyles – The Man, The Restaurant 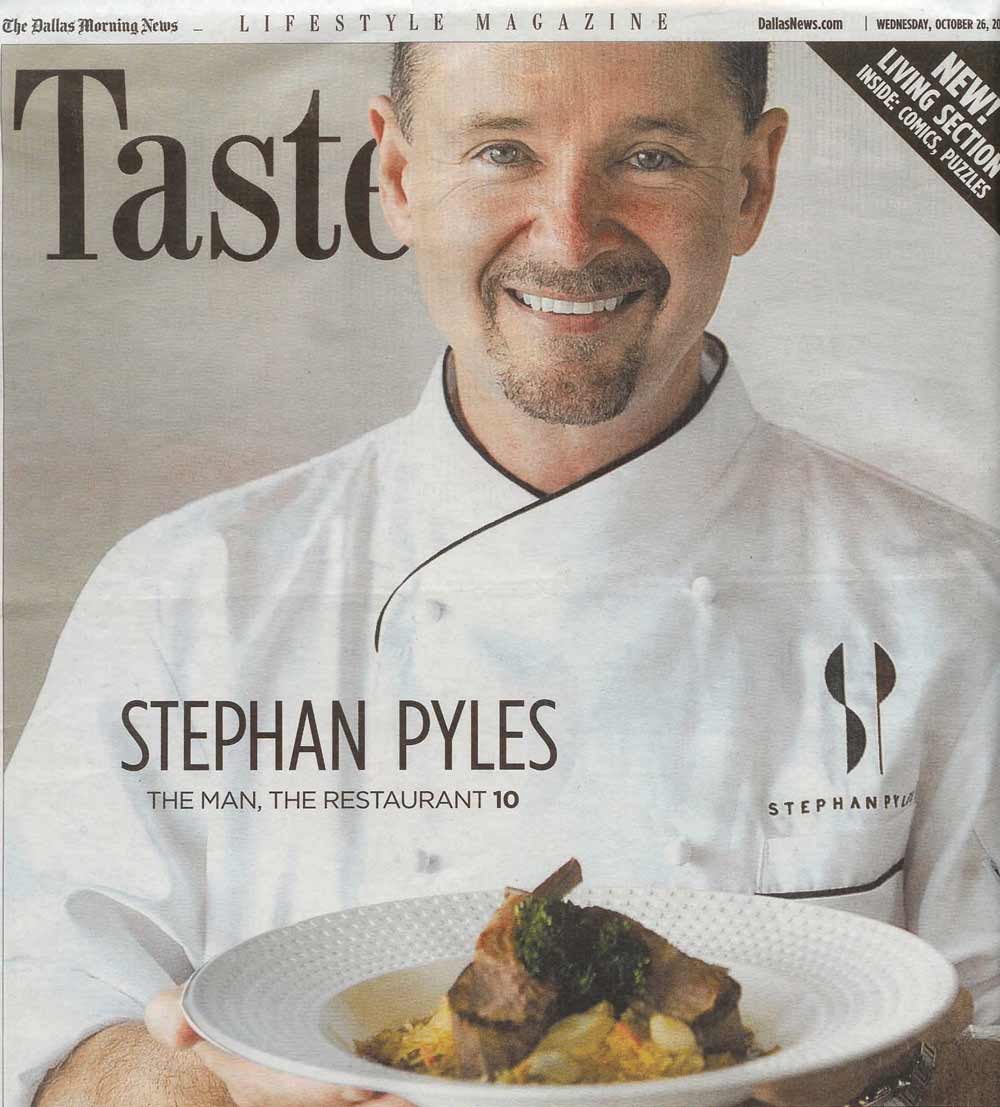 Ever when Stephan Pyles didn’t have a restaurant kitchen to call his own, he enjoyed the sort of life most mortals can only dream about.

He was among the most famous Southwestern chefs, with numerous awards, four cookbooks and a TV series. He had a comfortable consulting gig, developing concepts for upscale new restaurants such as Hotel ZaZa’s Dragonfly and the Gaylord Texan’s Ama Lur. (He’s still involved with the later.)

Chef Pyles also had a cool new home and a couple of Shih Tzus to keep him company. He had his friends, and he traveled for business and pleasure. It was, in short, all good.

Yet somehow, it wasn’t quite good enough.

“I’ve had successes in the past”, chef Pyles says. “But you’re only as good as your current deal.”…